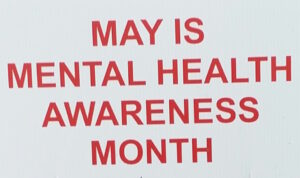 May is “Mental Health Awareness Month.” I’m glad that mental health awareness has a month, but I believe that it’s critical to keep the awareness going year round. An article in the New York Times earlier this week reminded me of something that most of us experience on a daily basis that will keep the need for better mental health in our society top of mind.

The article, by Matt Richtel, appeared in the science section and addressed behavior on the roads – specifically with regard to what we commonly refer to as ‘accidents’. The story began, “Roadway fatalities are soaring at a rate not seen in 50 years, resulting from crashes, collisions and other incidents caused by drivers. Just don’t call them accidents anymore.”

The article stated that this is the position now taken by a growing number of safety advocates, including grass-roots groups, federal officials and state and local leaders across the country. Richtel described their campaign to change a long standing mentality that they say trivializes the single most common cause of traffic incidents: human error.

According to Mark Rosekind, the head of the National Highway Traffic Safety Administration, “When you use the word ‘accident,’ it’s like ‘God made it happen!’”

No. People make it happen. Every time I get into the car I expect that I’ll be subject to tailgating, horn blowing, carelessness, aggressive lane changing, speeding and other dangerous behaviors from drivers around me. These drivers are of all ages, ethnicities, genders and socio-economic backgrounds. It’s not an exclusive club.

I’ll bet that I’m not alone in this experience and that you are also aware of being put at frequent risk. This post is intended to create awareness of how these behaviors connect to mental health – or a lack of it.

Back to the article. Mark Rosekind went on to point out something that I say in my office multiple times a week: We define our experience of everything by the language – the words – we attach to the experience!

Everyone does this and that is how we arrive at our perceptions, interpretations, attitude and conclusions! But what if thinking, emotions, attitudes and negative over-reactions are based in unhealthy thinking and ways of relating to others?

None of us is perfect! We all make mistakes and, on occasion, act in ways that we later regret such as angry words directed at someone we say we love or care about. That’s not what concerns me.

The road behaviors described above that often lead to crashes are very mentally unhealthy. They are the result of emotional immaturity, fear, anger and other negative emotions. These are at the root of defensive, toxic ways of relating to and treating others — with total disrespect and disregard!

Behaving aggressively behind the wheel provides some degree of cover. It’s anonymous; unless, of course, it leads to a collision and causes property damage and personal injury or death. Then it becomes personal real fast. Regardless, such behavior and its underlying causes never leads to anything good and it makes personal dignity and self-respect impossible.

Consider this. If someone is behaving that way with strangers, it is surely present in their close relationships, which means that in the marriages and parent/child relationships such people have, no one feels safe, no one feels truly loved. Everyone involved, especially the one acting out, is left feeling emotionally isolated and lonely.

This is often an ingredient of addiction. And that’s a particularly good reason to steer clear of aggressive drivers as much as possible. It’s highly likely that their practices are fueled by alcohol or drugs.

I know most of my readers are to some degree self-aware and take responsibility for their behavior. But if you know someone — or are someone — who exhibits these tell-tale driving behaviors you and everyone else will benefit from raising your mental health awareness.

Please share this post with anyone who you think could benefit. You never know when you may be able to plant a seed that will take root and grow.

Have a happy and safe Memorial Day Weekend. There will be many, many cars on the road!